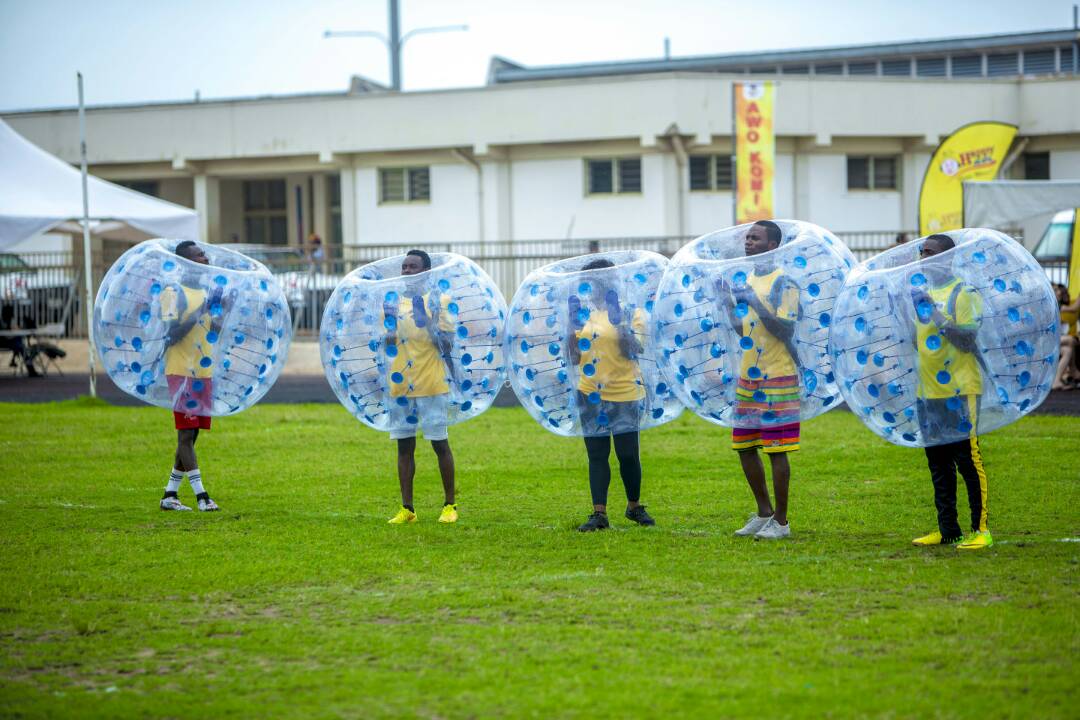 In itself, Bubble football is a trending sport that requires 2 teams to compete whilst wearing a plastic bubble (called Zorb) covering the whole upper body, treating the public with a joyful show of football and acrobatics!

The aim of BubblUp was to promote goodwill and partnership among HMD Africa and its partners while fostering an opportunity for networking and recreation with corporate Ghana in a relaxed atmosphere, a goal that was wonderfully achieved!

Medias ranging from local radios to TV stations were present to cover the event, while different sponsors and food vendors participated.

The success of this event will unleash a serie of upcoming BubblUp venues throughout West Africa.